Listening to Your Ah-ha Moments

by Casey Thomas, DO, FACS, FACOS and Chief Medical Officer for The Surgicalist Group 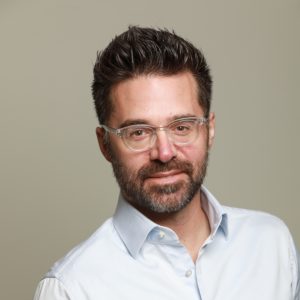 While in college, I thought my future was to become an attorney, and I pursued a bachelor’s degree as a dual major in English and Philosophy at Western Michigan University, preparing myself as a candidate for law school. I completed an internship at a law firm while studying for the LSAT exam, where I had one of my first important ‘ah-ha’ moments, changing my trajectory. As I imagined my future life as a lawyer, it didn’t seem to fit my high-energy, adventure-seeking personality. Fortunately, I tuned into that intuition and was able to shift gears quickly and change my course. I realized I was looking for a career that would give me the ability to help others, coupled with excitement and intellectual opportunities. Ultimately, I decided that becoming a physician was the right path for me. A doctor’s days are driven by helping others with new challenges to solve daily.

I went on to Michigan State University to complete all the sciences courses required for medical school applications. After being accepted to medical school, I, like many others, struggled to pick a specialty. I rotated with as many different physicians as I could. While volunteering in a local emergency department, I found myself always picking the surgical patients and wanting to go to the OR to see what surgery they received. I wanted to be the person who made the decisions regarding care, the guy where the ‘buck stopped.’ That experience led to another ah-ha moment. I realized that surgery was my future. Upon graduating in 2000, I was fortunate to be matched in a surgical residency program in my home state, learning how to become a general surgeon at a community hospital in suburban Detroit. It was an excellent backdrop to get plenty of hands-on experience caring for patients.

During residency, the next question arose – what fellowship should I pursue? I enjoyed all aspects of surgery; general, thoracic, vascular, as well as caring for critically ill patients. Many experienced surgeons well into their careers suggested specialties with comfortable schedules like colorectal surgery, or minimally invasive surgery, however, they didn’t seem to fit me. I had several opportunities to rotate in some of the major trauma hospitals in Detroit. I found myself driving to work eager to see what crazy cases would come through the doors. Another ah-ha moment hit me when I found myself wanting to stay late and come in early to see what was happening on the service. I knew then that I wanted to become a trauma surgeon. As my residency was nearing completion, I applied to several trauma-critical care programs. I was immediately drawn to the University of Maryland’s Shock Trauma Fellowship. As I interviewed and toured the hospital, I couldn’t help but feel at home. I was fortunate enough to be selected and moved to Baltimore for the final phase of my training.

After fellowship, I returned home to Michigan. I became an attending surgeon in the heart of Detroit at Henry Ford Hospital, one of the most respected healthcare systems in the country with a population of very high acuity surgical patients. Detroit’s reputation of “Murder City” was earned in 1974 when it hit the record setting the high-water mark of >700 homicides committed in the city. There was always a steady stream of trauma patients at this Level I trauma center and teaching hospital. I can tell you there was never a slow minute in the trauma bay or the OR, and nothing was ever routine or predictable. After four years at Henry Ford Hospital, I moved on to continue my academic career path at Loyola University Medical Center in Chicago.

At Loyola (yes, that’s me above in the trademark grey Loyola surgeon’s coat), I experienced challenging clinical work, a fulfilling research career, and amazingly complex abdominal wall surgery practice. While I enjoyed teaching and research, I also spent a significant amount of my time serving on committees. Lots of committees – hospital-based, regional societies, national organizations: quality, safety, efficiency, compliance, ethics – the list goes on and on. The committees weren’t limited to just clinical initiatives; some committees focused on expanding the medical center’s catchment to improve revenue and ways to optimize operating margins. With almost two decades working to improve quality, satisfaction, efficiency, and cost of care under my belt, I felt the healthcare industry was making only small advancements. It was a Sisyphean reality. I didn’t feel I was doing all I could to drive innovation and make significant changes in healthcare delivery in the surgical arena.

While I was well on my path in academic medicine, there was still a gnawing unsettledness within me, which lead to my next ah-ha moment. I reached out to talk shop with a friend and surgeon, Dr. Dave Terry, whom I’ve known since residency. He also went on for additional training in vascular surgery and was living in Phoenix. He had recently become the co-founder of an organization that was creating an innovative surgicalist model in acute care surgery, The Surgicalist Group. This new organization was much like the hospitalist model where providers worked a week on/week off block schedule, focusing only on inpatient emergent and urgent surgery. There would be no elective practice, no back office to manage, and no need to worry about billing. The forward-thinking group had adopted a mobile platform to do coding on the fly and a team of coders and billers who took care of all the time-intensive work that most surgeons dislike the most. That conversation led me to another ah-ha moment. After talking with Dave and the CEO and Founder, Dr. Mit Desai, I sensed they were on to something big with a high impact. I decided to leave my academic medicine track behind and joined The Surgicalist Group as Chief Medical Officer in 2019. 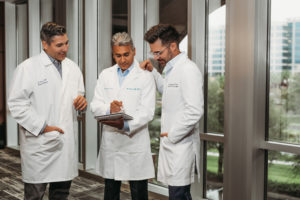 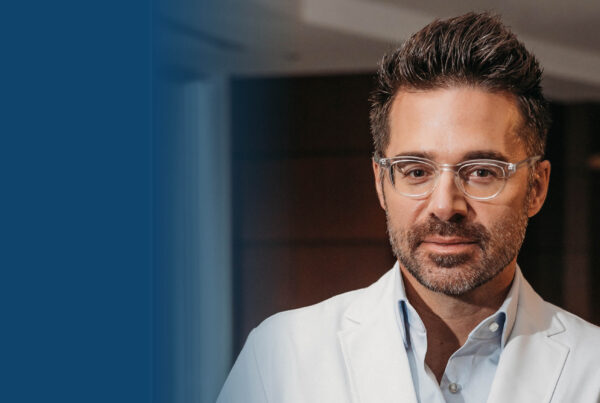 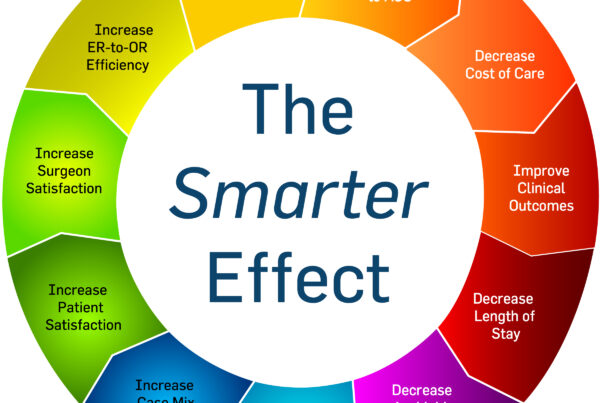 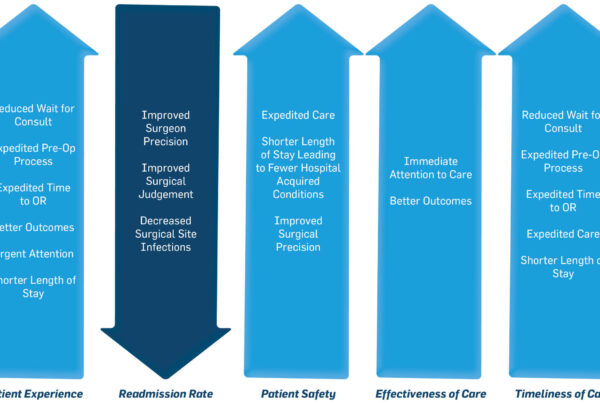