“The Surgicalist Model represents the future of emergent surgical care. We are thrilled to continue to expand across the country and make an impactful difference within the medical community,” said Desai

The Surgicalist Model was established to benefit patients, surgeons, as well as hospitals’ overall operations and bottom lines. TSG began its partnership with Mercy Hospital starting June 1, 2019. TSG is focused on reducing surprise medical bills and as such new contracts are in-network.

According to Desai, managing both an elective and on-call patient schedule leads to long hours, little free time and a strain on the health and well-being of surgeons. The Surgicalist Model provides a healthy work-life balance through predictable and manageable schedules. With every other week off, physicians have an improved quality of life without having to sacrifice their career. Physicians can dedicate their time to patients in need and devote their energy towards improving the hospital community, which tends to be difficult when balancing the responsibilities of elective practice and call schedules.

In a recent TSG case study titled, “An Alternative Model of Surgical Staffing: Improved Outcomes, Decreased Length of Stay, and Increased Hospital Profits- The Surgicalist Model,” the effects of implementing this process at a community hospital was evaluated. The study revealed that under this model the urgent case volume increased from 0.8 to 1.83 per day. In addition, complications requiring readmission were decreased by over 30%. Furthermore, more than $2.4 million of additional hospital income was captured off cholecystectomies alone with TSG physicians on staff.

Terry also noted that although a hospital or emergency room may be in-network with an individual’s insurance company, if the treating physician is out-of-network, patients could still receive expensive unexpected bills. Many individuals do not realize that not all doctors are employed by the hospital in certain instances, which results in the doctors billing patients’ insurance companies separately.

According to research published in The New England Journal of Medicine, more than one in five patients visiting the emergency room may face financial shock due to surprise out-of-network rates. The research also examined billing data from one large national insurer and found that 22 percent of the time, patients who went to a hospital covered by their plan still received a bill from a doctor who was not in the insurance company’s network. Since all TSG physicians will be in-network at Mercy Hospital, patients with insurance no longer have to worry about receiving surprise bills.

To learn about The Surgicalist Group, please visit www.thesurgicalist.com for more information or call 888-510-1325. 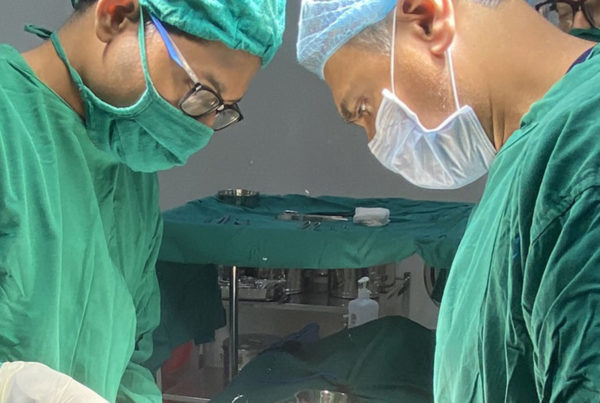 The Surgicalist Group Bands Together to Aid Humanity in India